Testing your employees: Can you? Should you? 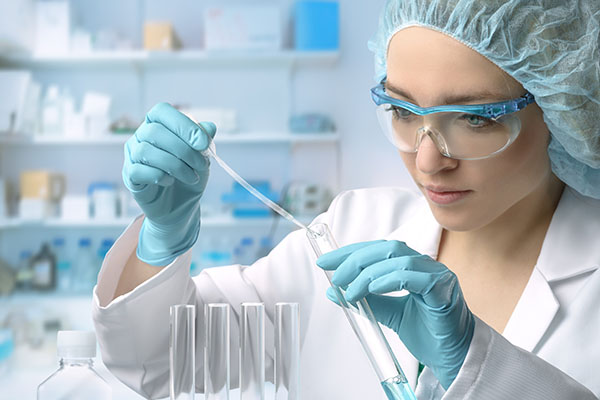 It is essential to apply any testing policy in a uniform and indiscriminate manner so as to avoid liability for discrimination under federal or state laws, including the Americans with Disabilities Act and the Federal Mine Safety and Health Act. For those companies that have employees working at Occupational Safety and Health Administration (OSHA)-regulated job sites, additional considerations under the Occupational Safety and Health Act come into play, as discussed below. Finally, liability may arise based on the more obscure claims of invasion of privacy or defamation or “false light.” Exposure under these latter types of claims can be limited by strict compliance with established testing procedures, use of a third party to perform testing, and restricting access to information in testing records.

As a workplace safety and health agency, the Mine Safety and Health Administration(MSHA) has been surprisingly hands-off on regulating drug testing and drug usage at mine sites since its ill-fated attempt to mandate the implementation of drug and alcohol policies at coal and metal/non-metal mines in the late 2000s. MSHA’s proposed rule, “Alcohol and Drug-Free Mines: Policy, Prohibitions, Testing, Training, and Assistance,” was published in the Federal Register on Sept. 8, 2008. 73 Fed. Reg. 52136. After soliciting comments and holding public hearings, the proposed rule quietly slipped into the abyss, in large part as a consequence of the full-throated opposition to random drug testing of coal miners expressed by the United Mine Workers of America (UMWA) and its members. At the time, the UMWA was the labor union that was most dominant in the coal industry, and it had a persuasive political voice in both the executive and legislative branches of the federal government.

In light of the UMWA’s objection to drug testing, it may come as no surprise to mine operators in the aggregates sector that there is no regulation for coal mines restricting or prohibiting the use of alcohol or drugs on coal mine sites. Metal/non-metal mines have a single regulation addressing drug use at a mine site (30 C.F.R. §§ 56/57.20001):

Consequently, a metal/non-metal mine operator should give serious consideration to implementation of a drug and alcohol policy as part of its efforts to maintain compliance with the MSHA regulations.

Companies take different approaches to testing. Most employers in safety-sensitive industries, such as mining, will require a pre-employment drug test. This test is typically administered after a conditional offer of employment has been made and is required regardless of the position being offered. As well, random drug testing of employees (e.g., computer-generated,

random selection of employees) and periodic testing (e.g., regularly scheduled — annually or bi-annually) will often apply to all employees. Testing under these circumstances typically presents few issues for an employer because of the lack of discretion.

The potential for liability increases where the employer opts to test for reasonable suspicion, because of the potentially subjective selection of employees for such a test. This potential for liability should not deter employers from providing for testing based on reasonable suspicion given that you always want to prevent an accident from happening. A strong drug and alcohol policy will set forth some objective and observable signs and symptoms that would warrant testing. Management personnel should be trained in what signs and symptoms to look for and in how to evaluate the observations to determine whether probable cause exists to test the employee. To the extent possible, a “second opinion” from human resources personnel can provide valuable substantiation of a decision to test. And, of course, the observations and evaluation process should be thoroughly documented.

What about testing following an incident at the mine site involving either personal injury or property damage? This is something most mine operators provide for in the policy. There are variations on when to test in these circumstances: when any injury occurs or only when medical treatment is provided; when any property damage occurs; or only when property damage in excess of a specified dollar amount occurs. Here, it is important for a mine operator to have objective specified criteria as to when to test and to be consistent in the application of the policy.

For those employers who also have workplaces that are regulated by OSHA, the agency’s 2016 amendments to its regulations for Recording and Reporting Occupational Injuries impact drug testing of employees following a workplace injury. While OSHA’s revised recordkeeping rule does not prohibit drug testing of employees after a workplace injury, OSHA has stated that the rule does prohibit employers from using drug and alcohol testing or the threat of such testing as a form of adverse action against employees who report on-the-job injuries. The preamble to the final rule noted that employers should limit drug testing to those incidents in which drug use is likely to have contributed to the event. For example, OSHA stated, it would not be reasonable to drug test an employee who receives first aid or medical treatment for a bee sting. However, if the employer conducts drug testing to comply with the requirements of federal or state law (e.g., Federal Motor Carrier Safety Administration’s mandated testing of over-the-road truck drivers), OSHA’s recordkeeping rule does not prohibit such testing.

A clearly articulated policy and consistency in the application of that policy will go a long way in protecting an employer from liability for drug and alcohol testing and provide for a safer work environment.

Chris has been great to work with, quick to help with all our needs and providing valuable insight especially in the field of employee Aptitude ...