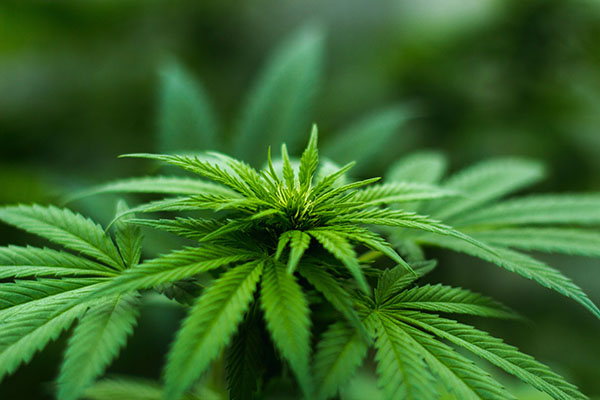 With the recreational use of marijuana becoming legal in just about two weeks, the Vermont Attorney General’s Office is offering some advice to employers on how to deal with the change in the law. The bottom line: Don’t do anything differently. “In short, very little is changing,” said Assistant Attorney General Emily Adams of the office’s civil rights unit. “In terms of drug testing, employers can still drug test for marijuana consistent with existing law.”

She said the guidance released this week from the Attorney’s General’s Office comes in response to questions that have been raised in recent weeks leading up to the change in the law.

The handbook, “Guide to Vermont’s Laws on Marijuana in the Workplace,” lays out the coming change in the state’s marijuana statute, and summarizes employment laws regarding drugs in the workplace.

The bill, then known as H.511, was approved by the Legislature earlier this year and signed into law by Gov. Phil Scott.

“The intent of our guidance,” Adams said, “was to essentially set forth what Act 86 does do, but then remind employers of existing laws and what their existing rights and obligations are.”

Vermont law does allow employees to drug test, but only under limited circumstances.

For starters, under Vermont law, an employer can only drug test a person who has already been extended a conditional offer of employment, contingent upon the applicant receiving a negative drug test result.

Also, employee drug testing is allowed under the law if all the following circumstances are met:

• The employer has probable cause to believe that the employee is using, or is under the influence of, a drug on the job;

• The employer has available for the employee a “bona fide” rehabilitation program for alcohol and drug abuse, and the program is either provided by the employer or is available through employee health insurance, an employee assistance plan, or other contractual service;

• The drug test is sent to a laboratory approved by the Vermont Department of Health.

According to the memo from the attorney general’s office, Act 86 “specifically states” that employers are not required “to permit or accommodate the use, consumption, possession, transfer, display, transportation, sale, or growing of marijuana in the workplace.”

Also, employers may “prohibit or otherwise regulate” the use, consumption, possession, and growing of marijuana on their premises, according to the document.

In addition, the law does not create a legal cause of action for employees against an employer if fired for violating a policy that restricts or prohibits the use of marijuana.

That means, according to the document, “Although most employers do not have policies addressing what employees do outside the workplace — especially what they do in the privacy of their own homes — the new law makes clear that if an employer did have a zero-tolerance policy for marijuana use both on and off the clock, an employee fired for violating that policy could not use Act 86 as a basis for suing the employer.”

The memo also points out the marijuana remains illegal under federal law.

The Vermont drug -testing law does have exceptions in cases where a federal law or regulation requires random or company-wide drug tests, such as those working as truckers in the transportation field or in the aviation industry.

Roland Bellavance, who runs a trucking company in Barre and serves as president of the Vermont Truck and Bus Association, said Friday that because of the nature of his business he falls under the federal requirements when it comes to drug testing his employees.

And while he said there isn’t a change regarding under what circumstances drug testing can be conducted for those holding a commercial driver’s license, the law regarding marijuana in the state will be different on July 1.

“Any CDL can’t have it in their system,” he said of marijuana. “The one thing we have to keep preaching to those guys is that it stays in your system up to 30 days.”

With the change in the state law, Bellavance said he didn’t expect to find more drivers failing that drug test.

“It shouldn’t be any different than it is now,” he said. “It has not been a big issue for us — a small, small percentage fail. … They know their job depends on it.”

Working with Chris has been a fantastic experience. He responds to my emails within hours if not minutes and has always promptly provided me with ...