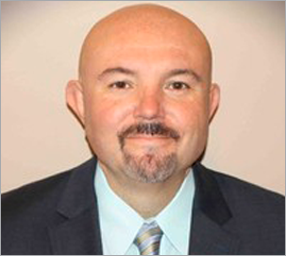 When the Phoenix Police department implemented an Internet Crimes Against Children detail in 2001, Chris applied and was accepted for one of the initial positions. Chris began conducting undercover investigations by posing as a minor online for the purpose of interacting with individuals who were attempting to meet real children in person. Chris also investigated sexual exploitation crimes against children. Chris excelled with the detail until 2014. Chris retired from the Phoenix Police Department in 2015 after 22 years of service.

In 2016 Chris started Triple Helix with the intent of assisting businesses in placing the right employee in the right position the first time. Chris accomplishes this by offering background and drug testing services and aptitude assessments. Chris also offers background services to property managers. Chris is able use to his prior knowledge and skills currently as a licensed and bonded private investigator to conduct workplace investigations.

Chris Curley graduated from Northern Arizona University with a Bachelor of Science degree in Career and Technical Education.

Just some of Chris’ accomplishments and achievements:

Supporting businesses and property managers to find the correct applicant for the position by offering exceptional, fast services and quality customer service.

SEE WHAT WE’RE ALL ABOUT

Get In Touch With Us

Have any questions? We’ll be happy to answer them, just complete our contact form